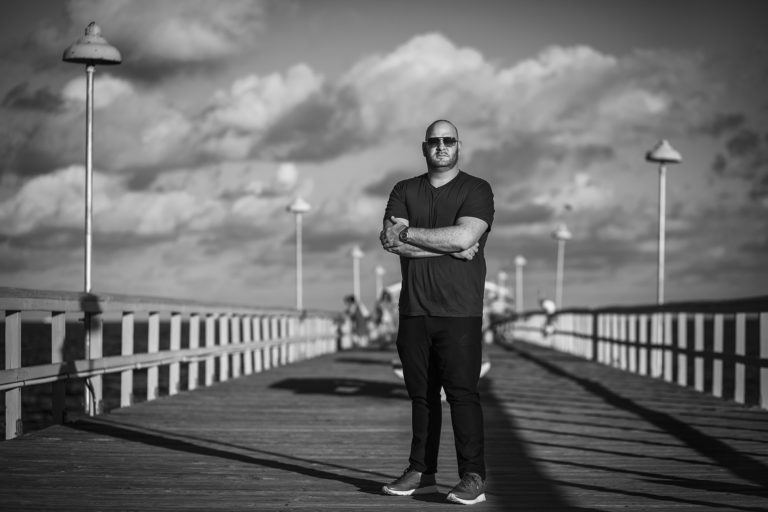 “The Hospitality Hustle” on Venice

In South Florida, restaurants come and go. It’s a pattern as reliable as the waves that crash onto Fort Lauderdale Beach. Finding success in this region is tough enough. Finding lasting success requires a rare combination of anticipation, execution, and timing.

This makes Marc Falsetto, 40, somewhat of a savant when it comes to Fort Lauderdale’s hospitality scene—he has found that elusive combination as frequently as anyone in Broward County. The University of Central Florida alumnus and co-founder of JEY Hospitality Group is the mind behind an impressive number of popular Fort Lauderdale concepts, including Rok:Brgr, Tacocraft Taqueria & Tequila Bar, Henry’s Sandwich Station, Pizza Craft and Apothecary 330. His eight restaurants and two cocktail bars bring in more than $20 million in annual revenue and have been essential in bringing the Himmarshee commercial block back from the dead. One would think all this is more than enough to keep the man busy, but Falsetto just opened a Tacocraft location on the corner of Commercial Boulevard and A1A, partnering with Anthony’s Coal Fired Pizza founders Anthony Bruno and Pat Marzano, and plans to keep expanding in South Florida and nationally with new and existing concepts.

The hospitality hustle has flowed through his veins his whole life, from when he helped out at his dad’s restaurant in Miami to his college days in Orlando, where he hobnobbed with boy bands and founded his own company, Primo Entertainment Group, which taught local bars how to win the business of thousands of area college students.

So what’s his secret? Falsetto opens up about the lessons he has learned while building his budding South Florida culinary empire.

Forget what you want. Instead, hone in on the concept a neighborhood needs.

When Falsetto was trying to open his first restaurant in Fort Lauderdale, Rok:Brgr, he says people told him he was crazy. “It was a concept I was working on for years, and the reason we picked Fort Lauderdale was because the market had a need for that,” he says. “At the time there were no gastropubs here. In 2009, when we were developing the concept, there wasn’t even craft beer in Fort Lauderdale. The other concepts we’ve created since then were because we felt there was a need in Fort Lauderdale. When we did Public House, there was no big sports bar in Himmarshee. Then there was a tired Mexican restaurant next to us that really needed a revamp, and we turned it into Tacocraft. FAT Village didn’t have any beverage or dining options. When that warehouse became available, I decided to make an offer and build Henry’s. It’s the first and still the only restaurant in FAT Village.”

Falsetto, who lives a mile from Lauderdale-by-the-Sea’s bustling pier, beach and dining scene, felt the area was beckoning for a new restaurant—so he opened Tacocraft.
It’s all about location.
Falsetto has a sort of internal GPS when it comes to placing a concept. He bet big on Himmarshee when most were fleeing the area, jumped headfirst into the budding FAT Village, and recently set his sights on the cozy beachfront neighborhood of Lauderdale-by-the-Sea. “I live about a mile away from Lauderdale-by-the-Sea, and I’ve been looking at the location for years,” he says. “It’s an underserved market and one of the best locations in Broward. It has the pier, the beach and a lot of restaurants that are a little bit tired. The area was really looking for something fresh and exciting.” So far, the results are promising: The new Tacocraft location in Lauderdale-by-the-Sea has given JEY Hospitality Group its strongest restaurant opening yet.

“When big companies come into Fort Lauderdale with big money, they think building a big shiny restaurant and opening it up is going to cut it,” he says. “I know so many restaurants that spend millions of dollars on building these beautiful spaces, but then they can’t put out a decent plate of food. They’ll get customers for the first year, but I don’t think you’re going to see these places stand the test of time.” Falsetto takes a more difficult approach—creating homemade food—and the results speak for themselves. “If you look at all the restaurants that have been around Fort Lauderdale for a long time, they have one thing in common,” Falsetto says. “It’s not that they’re trendy. It’s that they make quality food. That’s what keeps people coming back.”

Deliver to the right people.

At the end of the day, Falsetto says, all the work is wasted unless people show up. And they have to be the right people. “Knowing your target audience is the most important thing in the restaurant business, and many people forget that,” he says. “We really want to cater to the locals. Fort Lauderdale is getting much more sophisticated than it was eight years ago. I think the clientele now understands what we do as a from-scratch kitchen. I’ve always called Fort Lauderdale a hidden gem. It’s not a sleepy town like it used to be.”

“I’m a steakhouse junkie,” Falsetto says. “Fort Lauderdale needs a staple, boutique, high-end steakhouse. And before I retire, I’m going to deliver that.”

Stay in the Know!

Subscribe to our newsletter and stay in the know of all things Handcrafted Hospitality!